So I spent the whole night starting posts that never found their end. The digital equivalent of having the waste basket overflowing with crumpled A4’s scribbled with barely 2 sentences.

This is good. I need to find my voice again, and to get the previous off the frontpage.

We spent our last hours of 2012 feasting on home-cooked goodness and resolute friendships. No boisterous fanfare. No trifling ceremony. Just an unstated consciousness that it’s just going to be us, against the world.

For this, I am exceptionally grateful.

I’d checked the weather last night, and I checked it again this morning – today, the heavens may just permit me to ride to work.

I donned the appropriate attire, sat at the dining table and ate my breakfast while catching up on events that happened while I was fast asleep. I then packed my bag, clipped on the helmet, stopped myself short of putting on my gloves just yet – my fine motor skills are still required to fiddle with my keys and the lock downstairs. So I stuff them into my pockets for now.

Out the main entrance, onto public thoroughfare, past the meat shop. The tram stop was in sight.

How silly I must’ve looked to the meat monger – walking about with my helmet and cycling tights on.

I quickly doubled back while trying to decide whether to take the longer route around the block, or to ride past the meat monger and confirm my prior confusion.

Back in through the main entrance, I completed the final flights of stairs to the basement, fiddled with my lock and key, wrapped my palms in toasty Thinsulate and I was off.

I rode as fast as safety would allow, still I swore I heard a chuckle as I rode past. What a story Mr. Meat Monger would have to tell at morning tea later. 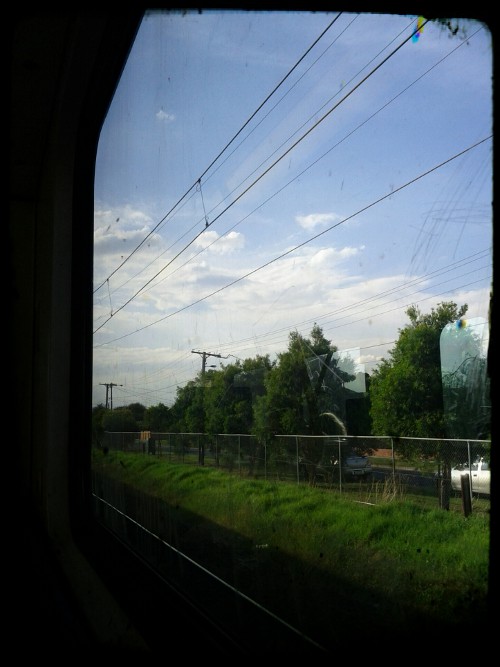 I couldn’t help but notice what a nice day today has been – both on the way to work this morning and on my way home now.

In all seriousness, I can’t remember the last time I cared to even look out the windows on my daily commutes. Either because the weather has been spectacularly unspectacular, or I’ve just been too distracted to notice.

Work has cleared up quite a bit thanks to the rockstar of a team that I have the privilege of tagging along with. The past two weeks have a shit storm of block-out-the-sun proportions,  but we fought hard and we fought on in the shade.

While there is still carnage to be mopped up, the fight is over for now.

It had been a long week at work. End of sprint, we’d somehow managed to graft our contraption onto business’ operations without causing too much damage. It wasn’t without its hiccups but I’m led to believe that it was an overall win.

So I was looking forward to my usual 2.5km ride to the station, and my 40 odd minute journey in a metal can. Metro had other plans for me.

The train was stopped at the station – all the doors were opened, and people were emptying out the carriages and making their way to the bus stop.

There had been a train/car accident at Cheltenham station. The staff at the bus stop suggested I rode to the Moorabbin station since taking the bike on the bus would be a bit of a stretch. “You look like a good rider”, he said, probably referring to my very manly looking cycling tights.

So I tried to mirror the severe disappointment around me at Metro. Secretly, I was delighted at the opportunity to do something out of the norm. I powered up the GPS tracker on my phone and was on my way.

This, I had to capture – all 11km’s of it. It would make good conversation fodder for the weekend compared to my usual nerdy contributions. 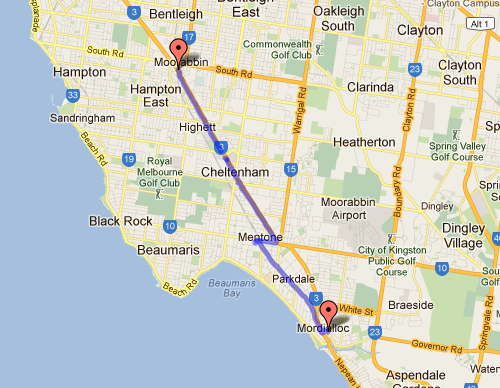 Along the way, the road blocks set up by the police nearer to the scene of the accident hinted at the seriousness of the matter, but nothing prepared me for the swell at Moorabbin station.

Lots of other less fortunate people having a less than ideal start to their weekends. At that point, any sense of mine being predicament quickly vanished – I was having a ball by comparison. 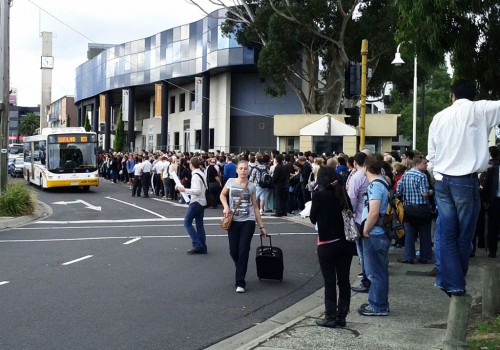 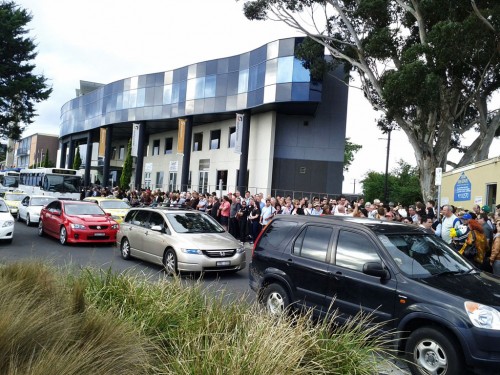 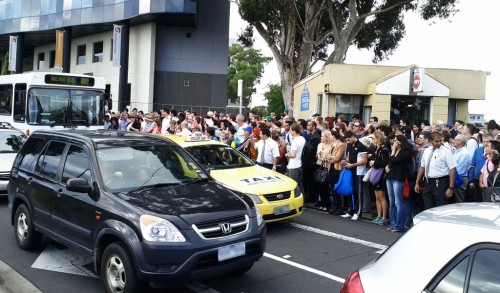 These photos are a stark reminder of the fire that I play with on a daily basis. I engineer information systems for an high volume online retailer. Not quite the scale of a metropolitan train network, but analogous enough.

The fundamental goal of any large scale system is to harness the economics of scale to reduce waste and increase efficiency. But what many fail to understand is with any large-scale monolithic system, the stakes increase exponentially with the gains. Potential points of failure proliferate with every corner cut, and it only takes a few minute defects before the whole thing crumbles in a sorry heap.

Scale is a gallant champion, but makes for a horrendous and putrid failure.